Prevention of plastic bags: a ban on single-use plastic bags, and the Zero Mika Initiative in Morocco

Government decision to prohibit the production, sale, and use of Single Use Plastic Bags “SUPBs”.

The ban on the production, sale, and use of Single Use Plastic Bags was introduced to fulfil the following objectives:

• To prevent littering and pollution from plastics.

• To promote the use of alternatives to SUPBs.

The ban was introduced by an inter-ministerial committee formed by:

• The Ministry of Industry,

• The Ministry of the Interior,

• The Ministry of Justice,

• The Ministry of Environment

• The Customs and Excise Administration.

The Zero Mika initiative was launched by the Moroccan Coalition for Climatic Justice (CMJC), a network bringing together 150 associations and unions.

Other players that were closely associated to the ban of plastic bags and the parallel initiative:

• The Professional Association of Cement Manufacturers

To address the problem of plastic bags at the source, the Moroccan government decided to implement a law on single-use plastic bags, in order to drastically limit their use. The Law n°77-15 was published on 7 December 2015 which banned the production, importation, exportation, sales, and use of plastic bags as of 1 July 2016. Several bags are excluded from the ban, namely:

• Bags used for the collection of waste

The law includes controls and fines for legal entities and individuals not respecting the ban.

A national communication campaign was launched in June 2016, a few weeks before the actual introduction of the ban. The campaign, organised by the Moroccan Coalition for Climate Justice (CMJC), was named “Zero Mika,” Mika being the equivalent of plastic in Darija, the Moroccan dialect.

• A call for citizen mobilization and collection operations organized in over 60 sites in Morocco.

The government launched a “national initiative to collect plastic bags” and replace them by another environmentally friendly product. About 6,800 tonnes of illegally disposed bags were collected and subsequently eliminated in cement factories. Specific actions were also launched to identify and seize illegal stockpiles. Such collection campaigns were organised in the following years as well, including clean-up activities.

Alternative solutions were also promoted so that people could replace plastic bags with environmentally friendly solutions such as non-woven bags, paper bags, or fabric bags. About 4.6 million paper bags were distributed in 2017.

To promote this shift, the Moroccan government provided financial support to the private sector for the creation of manufacturing units for unwoven and woven bags (whose production went from 2.8 to 3.4 million units per year in 2017), and for the conversion of the companies impacted by the ban. About 57 companies now produce new bags with an annual capacity of one billion woven bags, 1.8 billion non-woven bags (made of polypropylene), 8 billion paper bags and 1,000 tons of thermoforming products.

As of March 2021, the following enforcement activities were implemented:

• 5,930 control operations have been carried out by the MICEVN (Ministry of Industry, Trade, Green and Digital Economy);

• 97 contentious Official Statements of Offence relating to industrial control have been transmitted to the Public Prosecutor by the MICEVN;

• 10,228 contentious reports related to the market control have been transmitted to the Public Prosecutor;

• Seizure of 1,556 tonnes of prohibited bags at the manufacturing and trade level;

• Seizure of 278.6 tonnes of prohibited bags at the border level by the Customs.

In 2019, controls were reinforced, by assessing the material balance of polyethylene importers based on their supplies, sales and electricity consumption related to their production activity, and carrying out unannounced visits within the framework of the law n°77.15.

The introduction of the ban severely impacted the national plastics industry that employed 50,000 people in 2016. To limit this impact the government invested a 200 MDH (million dirhams) fund promoting industrial conversion, and fostering the production of alternatives to plastic bags. The first conversion effort provided 75 MDH to 25 companies out of 29 applicants, leading to the creation of about 700 new jobs. About 55 MDH were provided to 19 companies to produce alternative solutions to plastic bags, leading to the creation of about 2,000 jobs.

Funding was also provided by the government for the organisation of collection and recovery of plastic bags. The initial campaigns had a cost of 83 MDH, and 7,500 tonnes of waste were collected.

It seems that the population is for the most part aware of the ban, as well as of the negative impact of single-use plastic bags. However, it seems that many people are still using plastic bags on a regular basis and request them when shopping.

The success of this action relied on several factors:

• Strong mobilization: the extensive communication campaign allowed for most citizens to be informed and contributed to their engagement in the process.

Plastic bags are resisting, six years after their ban, despites controls and seizures. The ban primarily impacted the distribution of bags via supermarkets, while plastic bags progressively reappeared in 2017 in smaller shops and open markets. In July 2018, the Zero Zbel Association made a study in 8 markets of Agadir, Casablanca, and Tetouan, which showed that clients still used plastic bags, and that sellers preferred to keep giving them and risk the fine rather than lose customers. Despite being aware of the ban and of the negative impact on the environment, most customers reported to still use them, even if half of them declared that they reduced their consumption. Zero Zbel also highlighted the lack of alternatives for fresh products such as meat, fish, or fruits, that are not suited for unwoven bags. For the association, it is essential to tackle the illegal production of plastic bags in the first place.

The Ministry of Industry positively reacted shortly after the publication of the results of the study, and an amendment to the law was introduced in January 2019, strengthening controls and fines.

In addition to strengthening the penalties, the new text also introduced new provisions to limit the “authorized” use of plastic bags between manufacturers and importers, as well as to strengthen the transparency of controls carried out in this context.

Challenges are still encountered, such as:

• Low penetration of substitute products in the Souks and the street market.

The main alternative for plastic bags is unwoven reusable bags made of polypropylene that are generally distributed for free, and for which no recycling scheme is available. NGOs believe that this solution only transferred the problem.

The ban on single-use plastic bags had a significant impact, but mostly on larger retailers. This experience shows that the enforcement of the law is an essential aspect of the ban, along with pro-active communication. Awareness campaigns were rather random after zero Mika. It is important to educate and encourage citizens to change their habits, not as a one-off campaign but systematically over time at formal and non-formal levels of education. Such a ban also requires significant investment and economic support to help the plastics industry in their conversion process, as well as in the production of sustainable alternative solutions.

• WWF (2019), Stop the flood of plastic – a guide for policy makers in Morocco, https://wwfeu.awsassets.panda.org/downloads/05062019_wwf_marocco_guidebook.pdf

• Ghallabe M. (2020), Zero Mika or the Difficulty in Getting Rid of Plastic Bags in Morocco: Sometimes a law is just not enough, published in Plastic Atlas 2020, https://ps.boell.org/en/2020/04/10/zero-mika-or-difficulty-getting-rid-plastic-bags-morocco-sometimes-law-just-not-enough 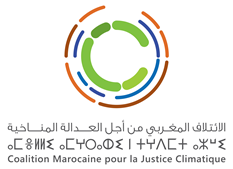 Figure 1: logo of the CMJC